Uriel Oputa Feels Attacked Due To This Post by Yvonne Nelson

Former BBNaija Contestant Uriel Oputa has reacted to Yvonne Nelson’s post that warned people not to be deceived by influencers who promote slimming tea and waist trainers.

Yvonne had told people that the way to get a snatched body is either through genetics, a doctor or at the gym, not by using slimming tea and waist trainers. 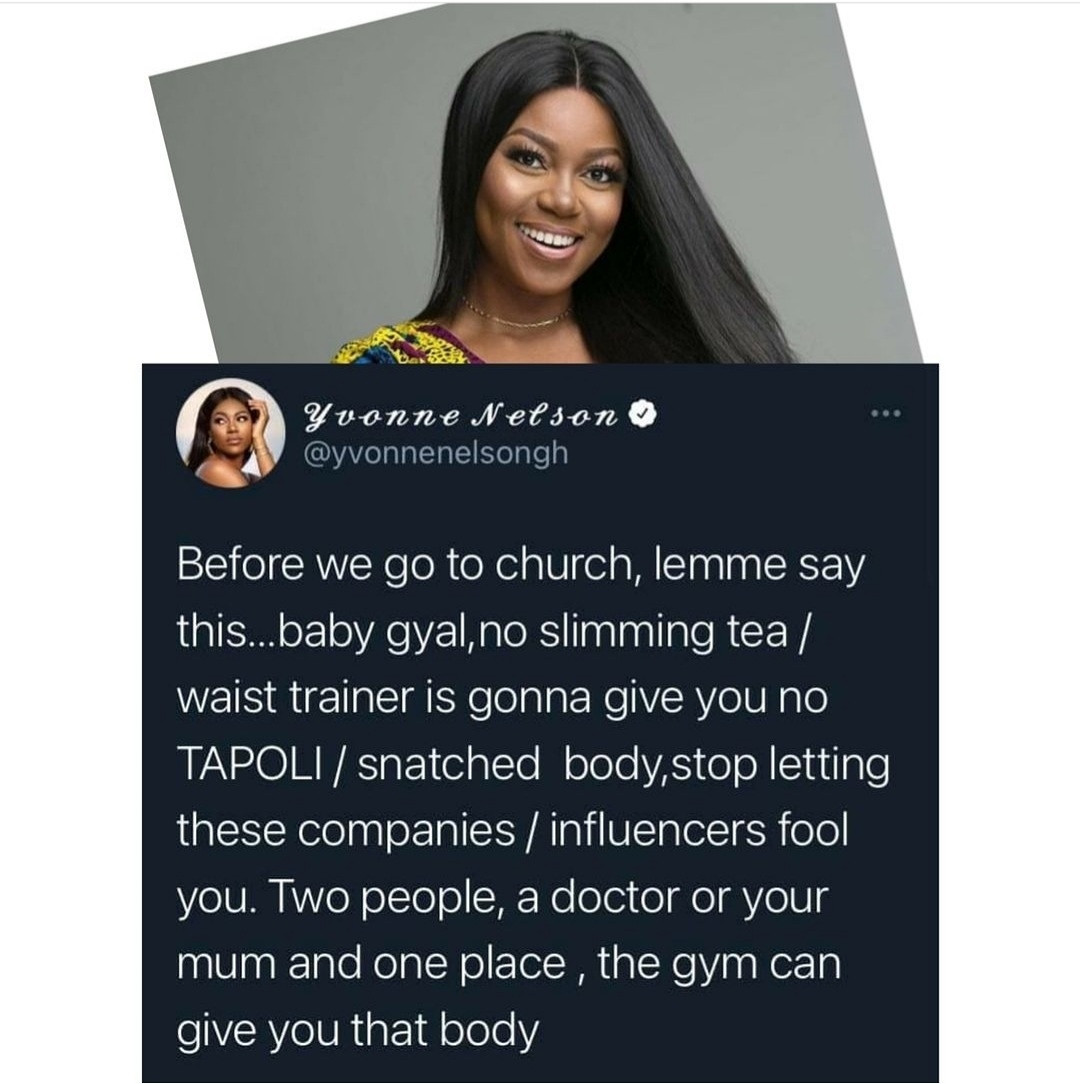 Uriel Oputa, who promotes waist trainers, then reacted on Instagram after she said followers tagged her to the post.

She insisted that waist trainers work when used properly. 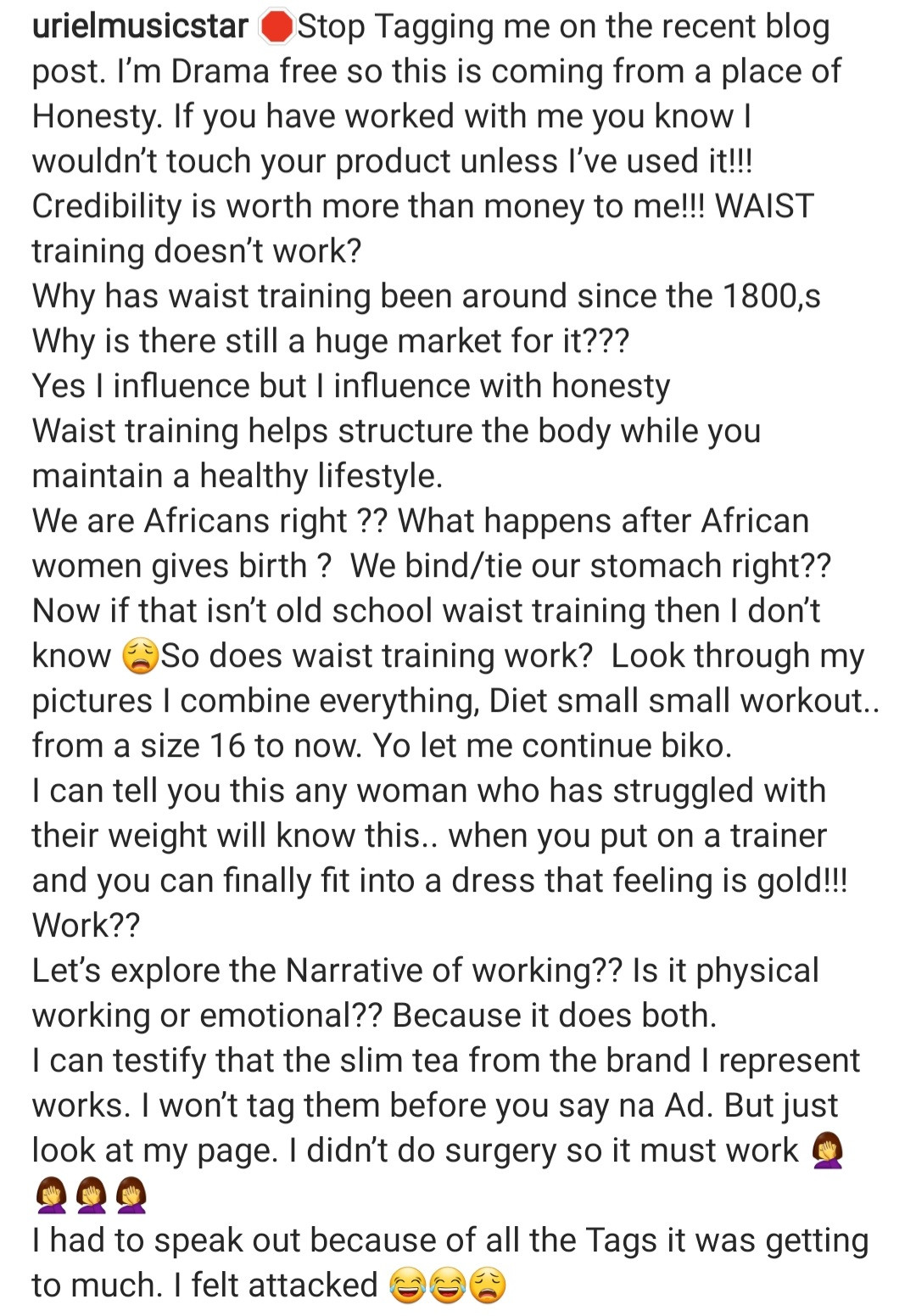 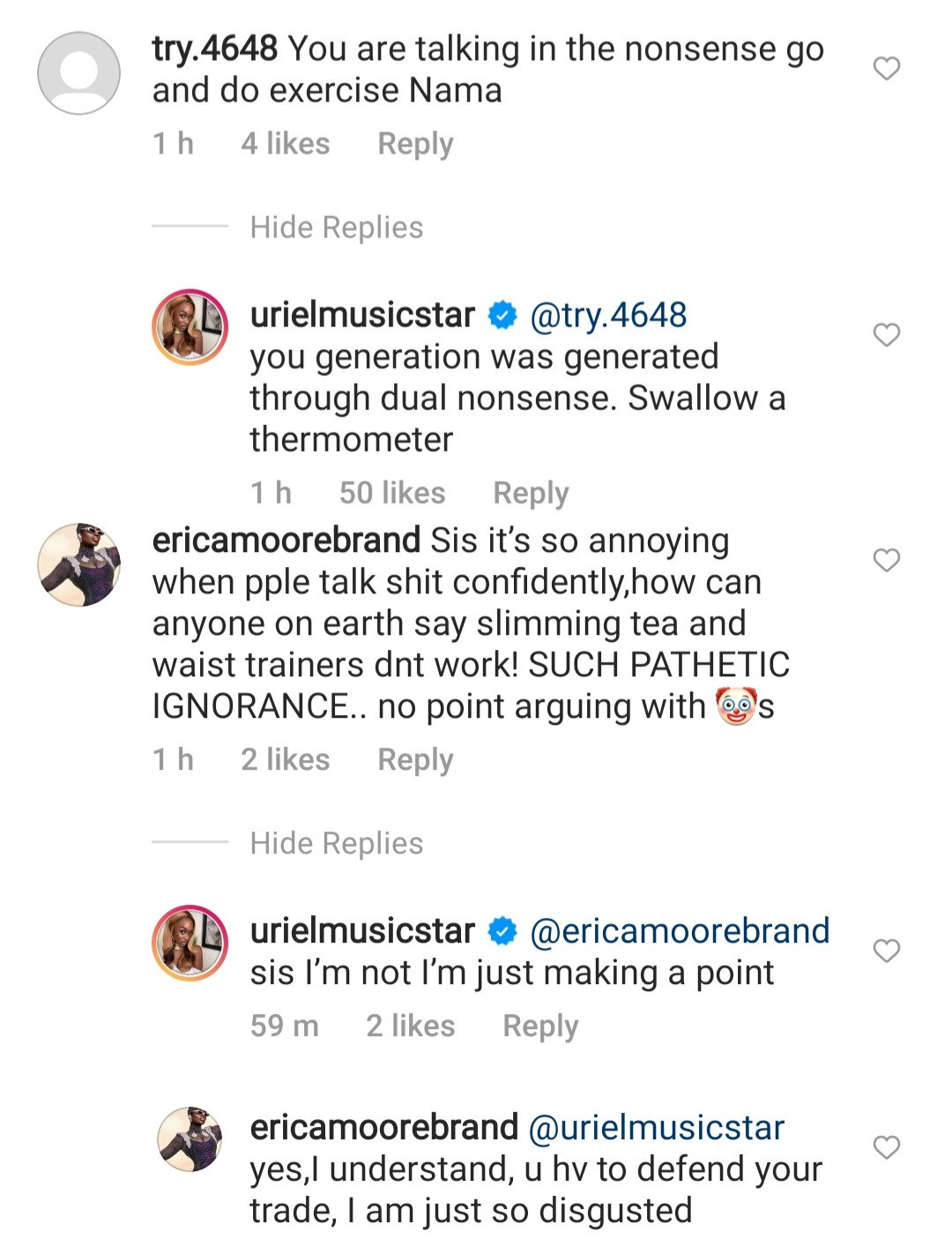